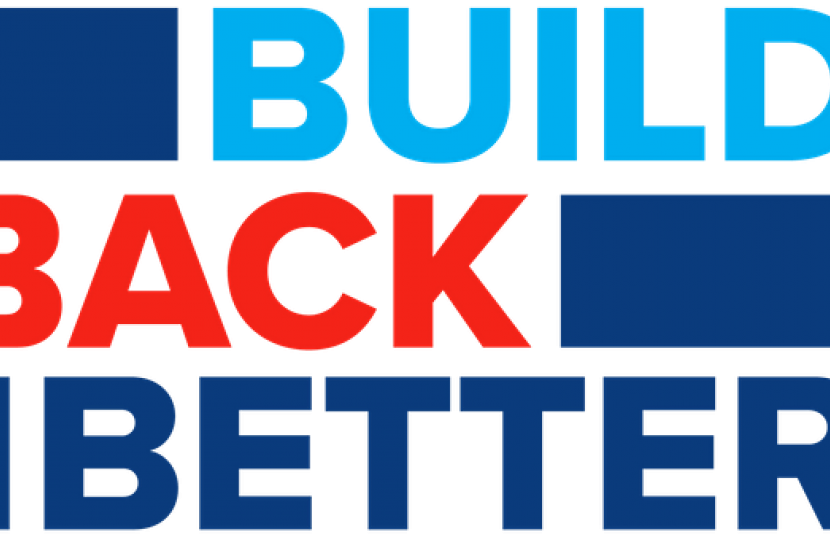 The Prime Minister set out his vision post recovery in a speech to Conservative Party Conference this week by pledging to build back better with commitments to invest in education and green energy whilst reaffirming the areas already being delivered on.

For the NHS, the government is pressing on with its plan for 48 new hospitals - 8 already underway, and then 40 more between now and 2030 - and 50,000 more nurses; 14,000 that have already been delivered since the government came to power. In science, the government is doubling funding for scientific research. In law and order, it is putting another 20,000 officers out on the street and has already recruited almost 5,000. The government is also changing the law to stop the early release of serious sexual and violent offenders and stopping the whole criminal justice system from being hamstrung by human rights lawyers. It is also rooting out county lines drugs gangs. In education, per pupil funding is increasing to £4,000 per head in primary school and £,5000 per head in secondary school, as well as a £30,000 starting salaries for teachers and transforming skills with a Lifetime Skills Guarantee so that it is just as easy to get the funding people need for a training course in engineering or IT as for a degree in politics or economics. Every adult will be offered four years of funded post-18 education – a lifetime skills guarantee.

The government will also give people the chance to train for the new jobs that are being created every day by leading the green industrial revolution. The UK government has decided to become the world leader in low cost clean power generation. Cheaper than coal and gas, the government believes that in ten years’ time offshore wind will be powering every home in the country.  £160m will be invested in ports and factories across the country to manufacture the next generation of turbines to build fixed arrays in the sea and wind turbines that float on the sea – enough to deliver one gigawatt of energy by 2030, 15 times as much as the rest of the world put together. This investment in offshore wind alone will help to create 60,000 jobs and help us to get to net zero carbon emissions by 2050.

Finally , the Prime Minister promised to fix our broken housing market by extending the power of home ownership and giving young first time buyers the chance to take out a long-term fixed rate mortgage of up to 95 per cent of the value of the home, vastly reducing the size of the deposit. This will create two million more owner occupiers, the biggest expansion of home ownership since the 1980s and turn generation rent into generation buy.  He also pledged to transform the planning system whilst protecting the green belt to make it faster and easier to build beautiful new homes without destroying the green belt or desecrating the countryside.

Commenting, Richard said: “I welcome the additional investment in our schools and new opportunities in higher education, including a commitment to life-long learning. The Prime Minister’s commitment of building back better and his vision of a green future is one I’m sure many constituents will also welcome.”