The CBI gets it at last – sort of 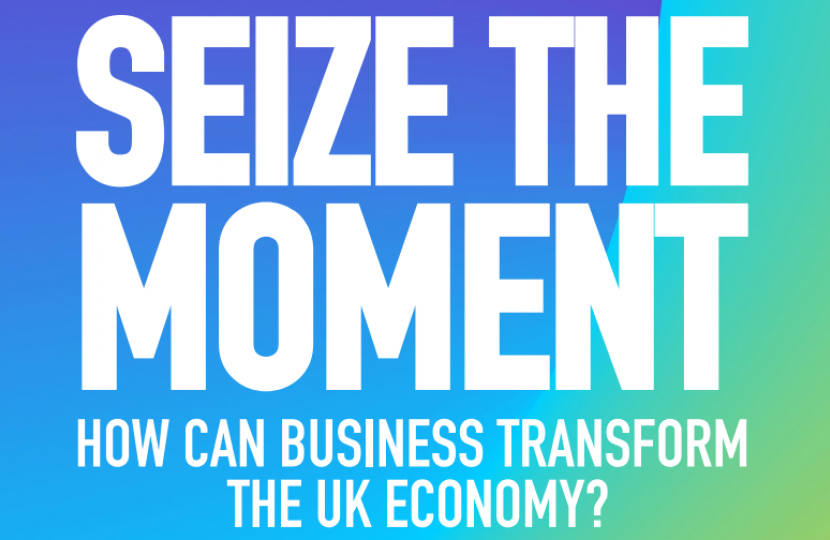 The Confederation of British Industry (CBI) has been wrong on so many of the big geo-political decisions for the United Kingdom that it was with some unease that I reached for their latest “landmark” economic plan, “Seize the Moment”, released today

Let me start with an important positive: it seems that the leadership of the CBI has now grasped the fundamental economic arguments that the Prime Minister and the British people recognized five years ago.  The positive, free trading, growth market oriented future that builds greater wealth for the country and in which all regions of the United Kingdom feel pride in their contribution and fairly rewarded for their efforts.

This is a huge and positive step.  The change in our relationship with the EU created new challenges for the established businesses that are the bedrock of the CBI membership but it seems that all eyes are now focused on the opportunities not the regrets.  Great.

To be honest, for me the details would be less interesting than this fundamental re-orientation, but the details are a mixed bag and, sadly, some echo the presumptuous or defensive attitudes that have, in my view, been the reason why the multiple plans on, for example productivity growth, have not achieved their goals. These matter to you because these involve potentially huge calls on taxpayers’ money.

So let’s take a quick look at some of the five major parts of the CBI plan.

Firstly the CBI is calling for regulatory reform to “prioritise investment, innovation and agility”.  Fair enough, but regulators should prioritise competition and customers first and foremost.  If the UK is to meet the goals set in the CBI’s own report, openness to insurgents and an intense focus on consumer needs should remain the priorities.  It is a pity that the CBI missed the opportunity to call for a decluttering of the vast array of regulators, or to acknowledge the recommendations of the Penrose Review or of the Institute of Economic Affairs.

The report makes a welcome call for updating the apprenticeship levy to make “skills far more demand led and accessible to all”.  Great stuff and I am sure this will resonate with the proposals coming from the Department for Education to broaden the meaning of “potential” from the priority lens on academic qualifications.  See my own contribution to the debate, here, calling for an even wider recognition of potential to include creative potential and commercial potential.

The sad echoes of the past are to be found in the CBI’s recommendations for creating a “new Strategic Dialogue on Funding our Future” and that the Government commission the CBI to “develop coalitions that can scale up economic clusters”.  The opinions of the CBI are always welcome, but that does not mean that they should have their hand on the tiller.

It is a pity that the CBI, while calling for the decarbonization of domestic energy did not also accept the challenging consequences for how much this will cost and who should pay these costs.  There is merit in the hypothesis that there may be an early mover advantage in certain “green” sectors of industry, but the incomes of families in the UK are not pockets to be picked at will: they have a right to know what they are getting for their money.

The CBI is replete with business incumbents and these businesses surely do have a lot to contribute, but future potential lies as much in the hands of the insurgents: the so called “unicorns” that have grown from nothing to be valued at more than $1billion.  The open, competitive, flexible UK market is already home to the third largest number of such companies in the world. Where is the emphasis from the CBI to encourage this vigorous competition.

I end, where I started.  What matters to me in the CBI Report is that we now have the leading group of businesses in this country getting onboard with the positive, opportunity driven agenda of the Prime Minister.  That is a very good thing.