Every school to have a life-saving defibrillator by 2022/23 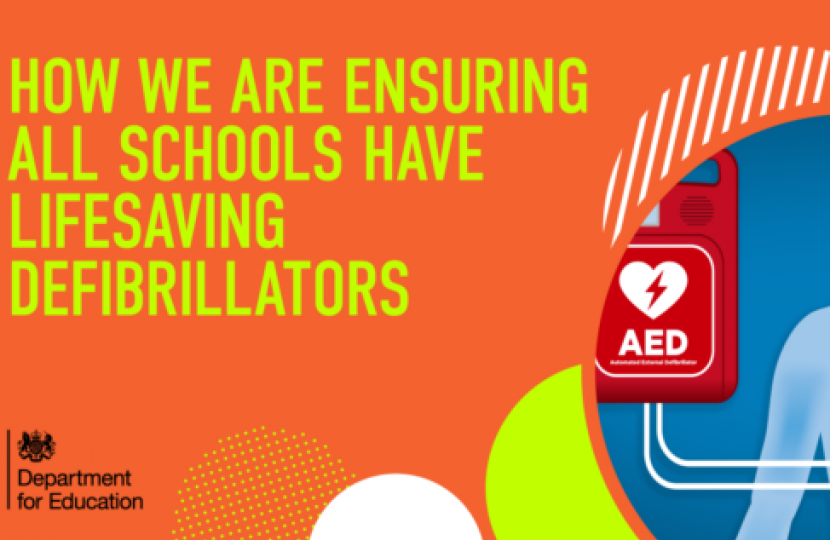 The government has announced that all state funded schools will be equipped with defibrillators  by the end of next year.

Defibrillators have the potential to save the lives of pupils, staff and visitors in schools, with latest research showing that accessing these devices within 3-5 minutes of a cardiac arrest increases the chance of survival by over 40%. It is particularly important that they are available close to sports halls and playing fields that children, young people, and the wider community use daily.

Last year, the government committed to looking at how every school site could have a defibrillator, following a meeting with the Oliver King Foundation - supported by ex-footballer Jamie Carragher - which has worked tirelessly to raise awareness of this issue. Since meeting with the foundation’s founder, Mark King, who tragically lost his son Oliver at the age of 12 to a cardiac arrest, the government has worked with charities and experts, including the British Heart Foundation, to identify the scale of need across English schools.

Many schools already have defibrillators on-site. The purpose of this programme is to plug the gaps, giving more schools and local communities access to this vitally important first-aid equipment. A survey will soon go out to all state-funded schools to finalise the number of devices that will need to be procured, which is estimated to be over 20,000. The government has committed to funding all necessary devices so that every school has at least one on-site, or more for schools with larger sites. Further details of the rollout and device specification will be confirmed in the autumn term.

The rollout will build on existing requirements for schools to teach first aid as part of the curriculum, with secondary school pupils being taught life-saving methods such as CPR and the purpose of defibrillators.

The evidence clearly shows that defibrillators drastically increase the chance of survival from a cardiac arrest and I am so pleased that we are able to roll these devices out to every school over the coming year.