New consumer protections to stamp out scams and rip-offs 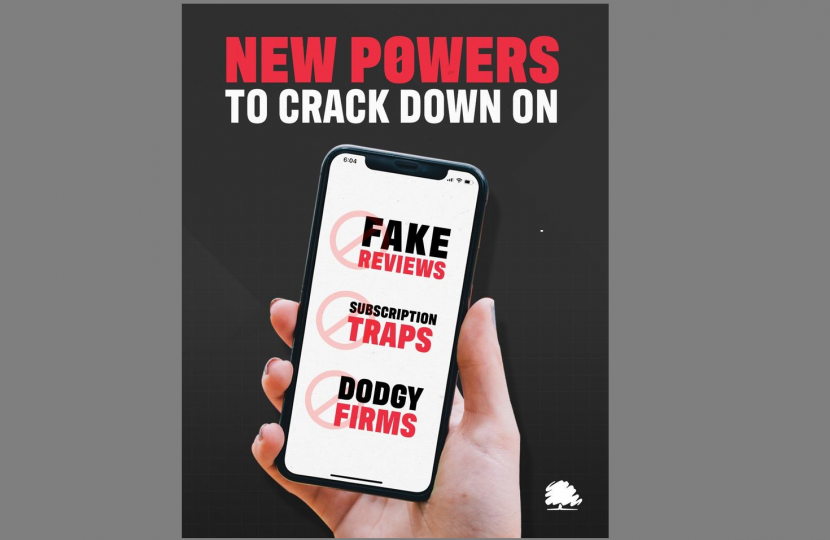 The government has announced new consumer protections to stamp out exploitation of online customers in a new consultation on Reforming Competition and Consumer Policy.

The government will change the law so prepayment schemes like Christmas savings clubs have to safeguard customers’ money, protecting consumers’ cash as they save for the holidays. The change will prevent scandals like Farepak happening again, where tens of thousands of people, many on low incomes, lost all they had saved for Christmas when the company went bust.

For the used car and home improvement sectors, where consumers often make large, important one-off purchases, the government will make it mandatory for businesses to take part in arbitration or mediation where disputes arise over a transaction. This means both sides won’t get dragged through the courts and levels the playing field for decent businesses who are doing the right thing.

Government is also clamping down on subscription traps by requiring businesses to make it clear exactly what consumers are signing up for and letting them cancel easily.

The consumer catfishes behind bogus online ratings will also be targeted by rules that make it automatically illegal to pay someone to write, or host, a fake review.

The government will help regulators stamp out other dodgy tactics used to dupe online shoppers. These include ‘dark patterns’ that manipulate consumers into spending more than they wanted to, and ‘sludges’, negative nudges such as when businesses pay to have their product feature highly on a trader’s website while hiding the fact they paid for it.

Consumers have every right to expect they will get their money’s worth when they part with their cash. This arsenal of planned reforms will shield the public from rip offs – such as requiring prepayment schemes to safeguard customers’ money, tackling subscription traps by making it easier to cancel and making fake business reviews illegal.

As we recover from the pandemic, these reforms will protect the public from being hoodwinked and help small businesses thrive.

To read and respond to the Reforming Competition and Consumer Policy consultation, please visit this page. The consultation closed on 1 October 2021.

On Monday, the government published the policy proposal for mandatory vaccine certification in certain settings as a contingency measure under the government’s Autumn and Winter Plan, in the event that that the NHS is likely to come under unsustainable pressure. The government is asking for views