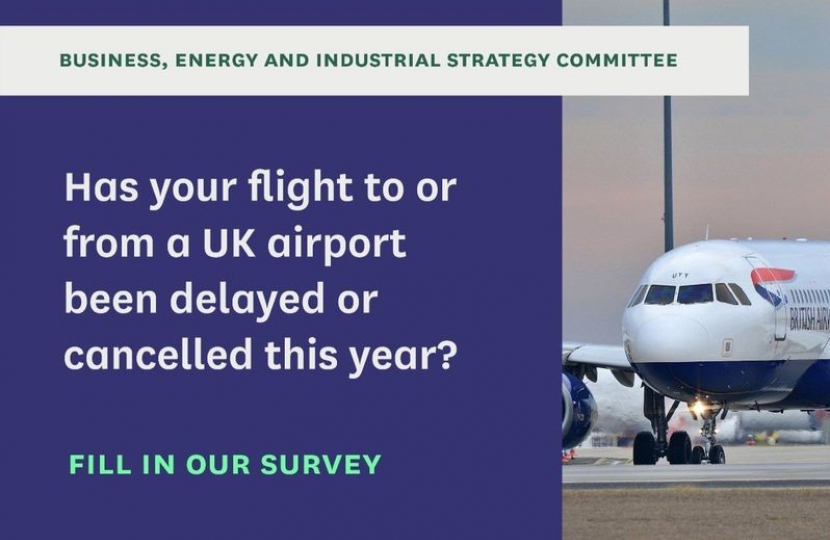 Next Tuesday, the Business Select Committee, on which Richard Fuller MP sits, will be asking airline bosses why so many people have had their flights delayed or cancelled.

Ahead of the session, the Committee has also launched a survey to canvas the public for their experiences at airports and with airlines. In its survey, the Committee asks those affected how much notice they get before their flights had been cancelled and whether compensation was offered and paid.

The chaos at airports in recent weeks has affected many people and with the prospect of delays and cancellations continuing into the Summer, the Committee will be seeking answers to what is causing these issues, how they will be resolved and how consumer rights are being enforced.

I hope anyone in North East Bedfordshire who has had any experience of recent flights delays or cancellations will share their views through the survey ahead of Tuesday's evidence session.

To share your experiences through the survey, please visit this link.  This Select Committee evidence session can be watched here from 10:15 on Tuesday 14 June.

The following people are expected to be giving evidence to the select committee on Tuesday morning from 10.15am: