Richard criticises bailout of up to £35 million for Luton Council and calls for greater share of future revenues from Council's stake in Luton Airport to provide extra funding for Bedfordshire Police. 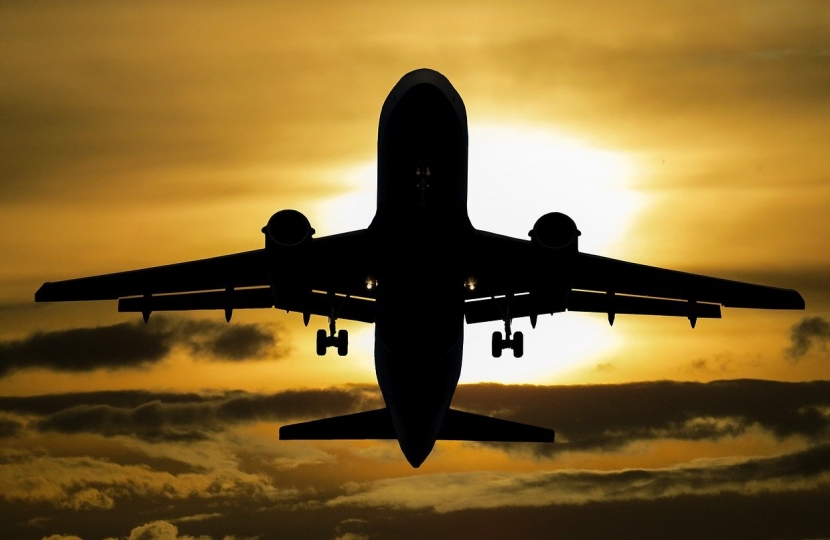 Following yesterday's announcement of taxpayer-funded additional support for Luton Council, Richard has spoken out about the announcement, saying that the Government’s £35m “bung” to bail out Luton Council is not fair to his constituents but offers chance for more equitable sharing of benefits of airport growth.

Speaking after the announcement, Richard commented:

"Yesterday the government announced it would bail out four councils across the country which have badly messed up their finances and now find themselves in difficulties.  This taxpayer funded bailout included a £4.8m payment to Peterborough Council, £6.8m to Eastbourne Council, £3.9m to Bexley Council and for Luton Council up to a whopping £35m payment.

The right response from the government should have been to redirect each of these councils back to their local taxpayers requiring an additional charge on council tax bills to cover the extraordinary losses these councils had run up.  Remember, most councils across the country are managing despite the additional pressure from COVID.  These councils are the exceptions: the worst of the lot.  These council leaders should rightly have been told to go back to those who elected them for payment and take the electoral consequences.

For years, Luton Council, unlike Bedford Borough Council and Central Bedfordshire has been able to rake in millions of pounds each year from its lucrative ownership of the land beneath Luton Airport. As planes have flown in and out of Luton airport creating air and noise pollution for my constituents, money has gushed into Luton Council coffers.

When Labour run Luton Council went cap in hand to the government for a bailout, this was a golden opportunity to impose financial discipline; an opportunity perhaps, as I have previously suggested, for the benefits of Luton Airport to be used to help fund local policing from which everyone in the county could benefit.

The conditions set on Luton Council are pretty flimsy (see here), but there is one clause that offers hope:

“the Authority will undergo an external assurance review focused on its financial position, to be completed by the end of May 2021 unless a later date for completion is advised by the Department, and to be commissioned by MHCLG. The assurance review will also examine the Council’s commercial arrangement with Luton airport, and your ability to present a plan to Government for reducing the Council’s financial exposure to the airport, with the intention of it resulting in agreement between the Authority and the Secretary of State to address the review’s recommendations”