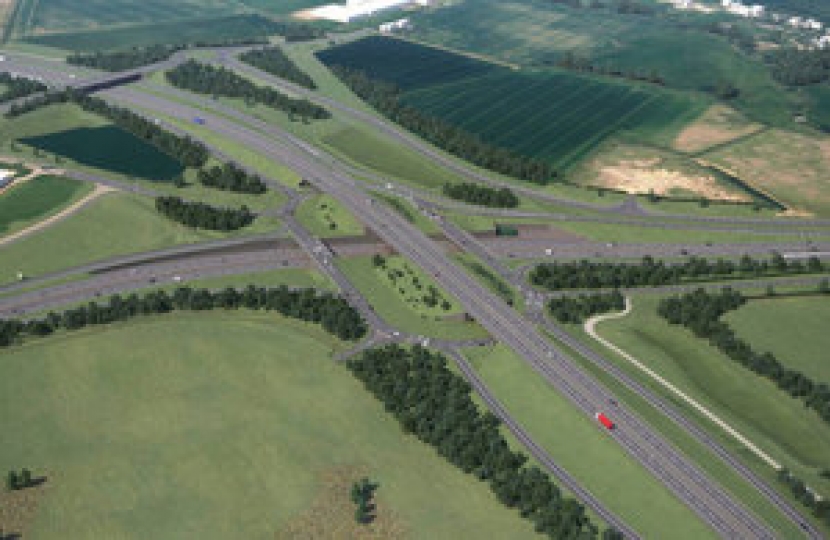 This week, Richard attended a roundtable meeting with Baroness Vere, the Parliamentary Under Secretary of State at the Department for Transport, about the development of the third Road Investment Strategy (RIS3).

The Infrastructure Act 2015 requires the Government to set periodic Road Investment Strategies through which it lays out its strategic vision for the Strategic Road Network (SRN). These are nationally important roads, including most motorways and trunk ‘A’ roads, which are operated and cared for by National Highways. Work is now starting on developing the third such strategy, RIS3, which will cover the period from 2025 to 2030.

The meeting was an opportunity for MPs to understand the process for developing RIS3 and to share their priorities in order to shape the development of the strategy for their areas of the country from its earliest stages,

During the meeting with the Minister and senior officials from the Department for Transport, I argued that the focus of the strategy should be discrete improvements that are modest, local and meaningful, not be top-down 'grand projects'.

I added that the OxCam Arc idea no longer suits the times and the government should explicitly drop it. I also made a plea to put even more focus on mitigation during the construction of the Black Cat works.

Finally I made the point that the pressures from Black Cat and population growth locally mean it is time for RIS3 to consider options for the future of the A1.

If you would like to have your say on the future of our road network, please complete this National Highways survey.