Richard spends the morning with the Community Policing Team 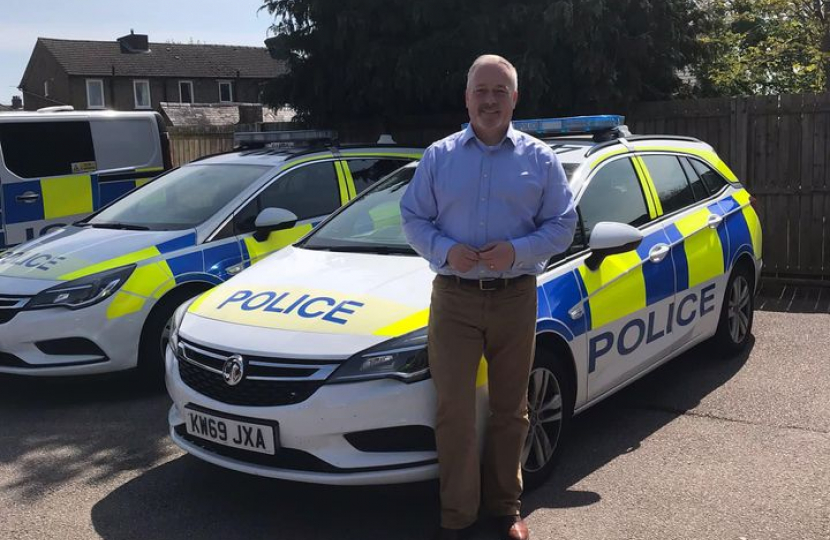 Speaking after the morning, he said:

I learnt a lot about the way the Community Policing teams build up a detailed view on local crime and anti-social behaviour as well as securing arrests on key local concerns such as drug dealing.

During my time we checked on illegal encampments (moved on), a recent arson attack on an abandoned barn and visited multiple locations for checks.

I was impressed by the dedication of the officer and his commitment to the area he covers: a great example of the new officers being recruited as part of the national drive to recruit 20,000 new officers.