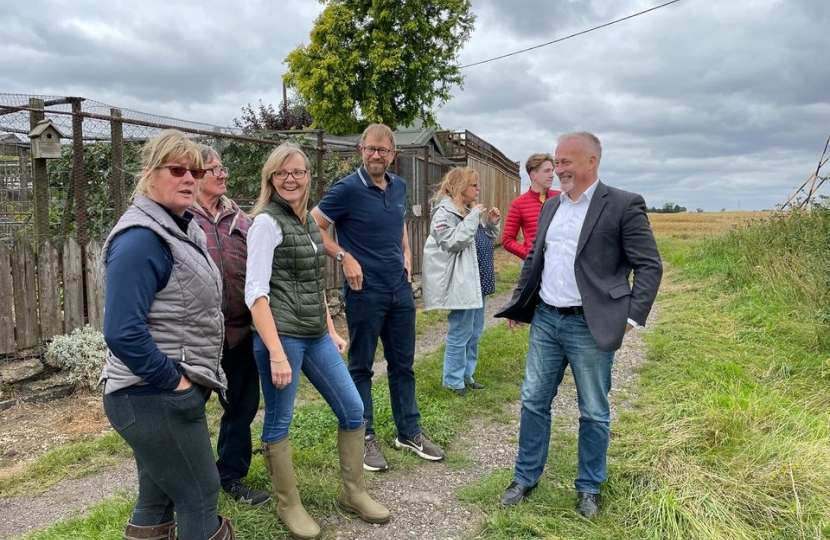 This week, Richard visited residents in Great Barford whose homes, situated in rural Bedfordshire countryside, will be blighted if the East West Rail route proceeds on Route E as currently planned. The visit was hosted by Ian and Kay Day at their home where they invited a gathering of affected local families.

In some cases the tracks, and potentially a 20m high viaduct, could be within 50m of some of these residents' front doors. Despite the threat of such destruction to their local environment, the mood was more one of anger and frustration at the way the consultation was handled and the route decision made, more so than an outright refusal to countenance any route option.

Residents across my constituency repeatedly tell me that they were unaware of the EWR consultation and remain baffled at the lack of transparency regarding the changes to cost assumptions that underpin the favouring of the northern route. This has led to a sense of mistrust which could be allayed, at least in part, by a temporary pause, a review of the process undertaken and a new, fully inclusive consultation.

Next month I will be meeting with EWR to conduct a full review of the changes to costings that propelled Route E from one of the most expensive to the cheapest option, after the consultation had closed.