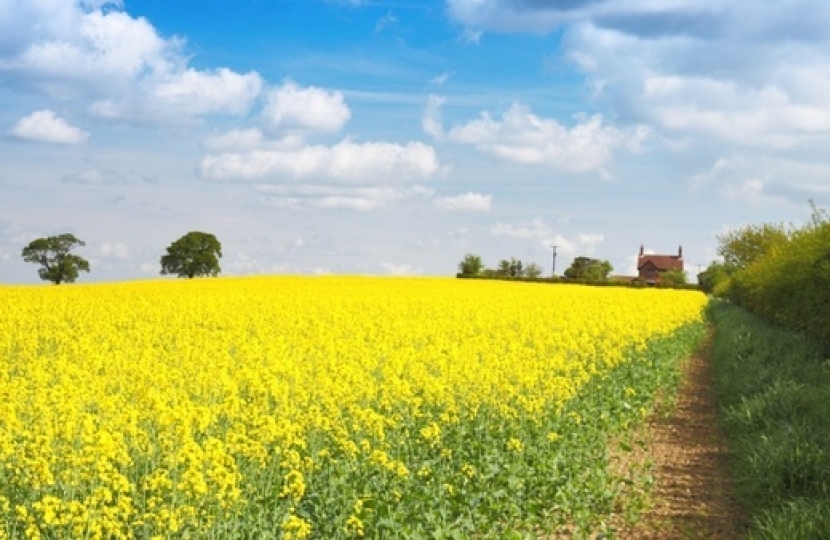 Richard has welcomed the government’s announcement that a new Trade & Agriculture Commission will be created to protect high levels of food standards in any international trade deal as Britain leaves the EU.

On Monday, the Secretary of State for International Trade, Liz Truss, said the Commission will make recommendations for agricultural trade policy, higher animal welfare standards and export opportunities for farmers. The Government has established the Commission as a result of positive discussions with farming unions.

Richard commented:  “This announcement by the Government meets the concerns of many constituents that our trade deals will reinforce, not undermine, our food standards.  The Commission will have the power to ensure that all imports match the standards equal to those of British farmers and food and drink producers.

"This is something that farmers in North East Bedfordshire have been calling for and I am pleased the government has delivered.  Indeed, the remit of this Commission will go further than recent calls as we now have the potential with this Commission to set higher international standards on animal welfare.”

The Commission will be tasked with producing and presenting a report to Parliament that will focus on four key areas:

Richard has today welcomed latest figures from the Government which show that jobs, incomes and businesses continue to be supported in North East Bedfordshire through the pandemic.