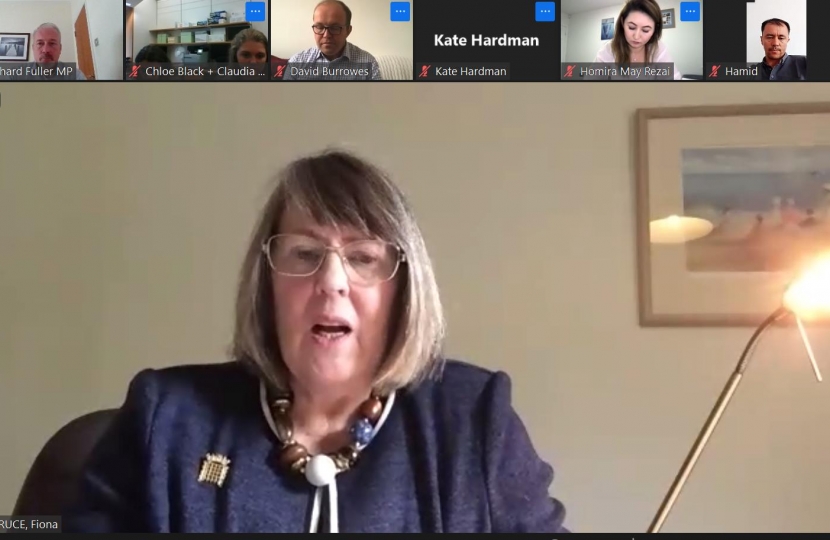 Last week, Richard arranged a zoom meeting with Fiona Bruce MP, the Prime Minister’s Special Envoy for Freedom of Religion, for constituents with families in Afghanistan who are members of the Hazara community.

The tragic events in Afghanistan are of immense concern and the government is aiming to prioritise religious minorities in the Afghan Citizens Resettlement Programme.

With so much anxiety, danger and risk in Afghanistan following the withdrawal of British and American forces, I was so pleased that Fiona Bruce MP, the Prime Minister’ Special Envoy for Freedom of Religion, could join my constituents to discuss the particular risks their families face. Fiona brings a wealth of experience and compassion to her responsibilities and listened intently to these very personal stories.

Under the Taliban, the Hazara minority in Afghanistan face discrimination, the loss of legal rights and a shrinking public space for their faith and their integration into society in Afghanistan. The UK government has a responsibility to assess how it may best maintain the liberties and freedoms that had been allowed to take hold in Afghanistan over the past two decades.