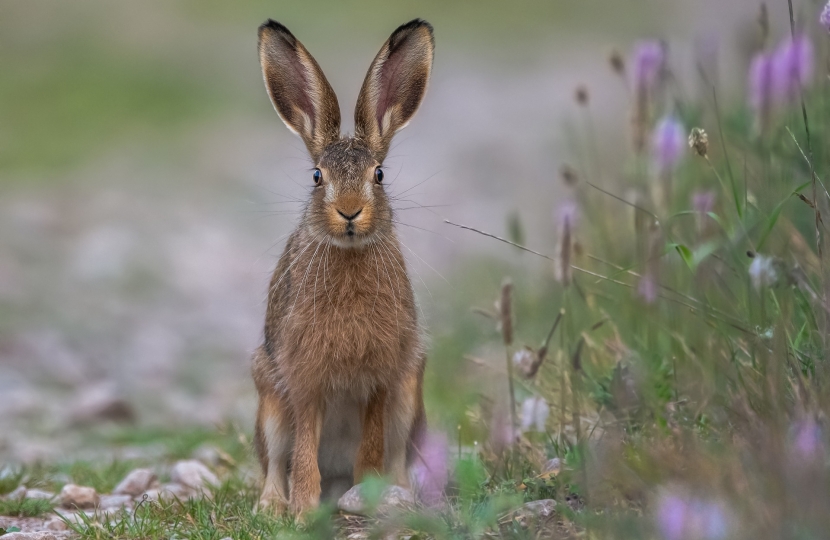 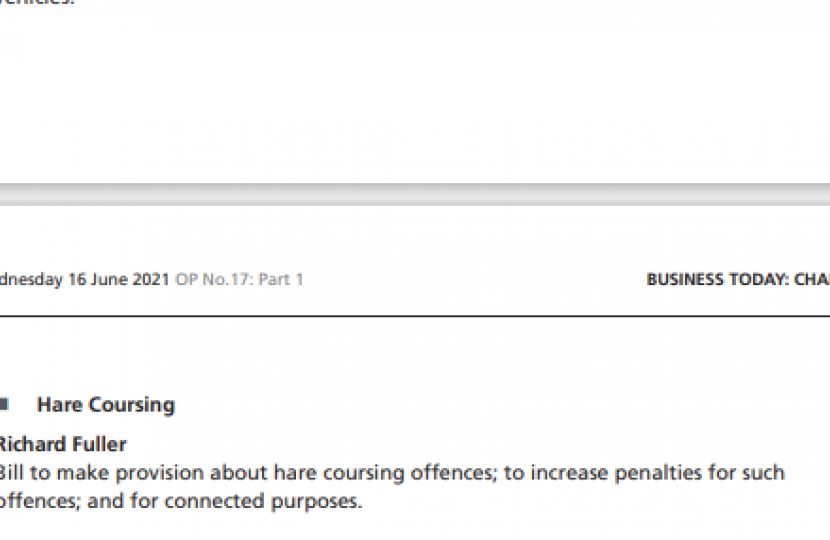 Each year, twenty Members of Parliament are selected at random and have the chance to introduce their own bill on a subject of their own choosing.  Although most such “Private Members' Bills” fail, this is still the best route for an individual MP to get a bill through Parliament.  This year, my name was drawn as one of the twenty and I will introduce my bill on Wednesday.

I have chosen to propose a bill to tackle the crime of hare coursing.  Let me explain my reasoning and, broadly, what I am hoping to achieve with this Bill.

Hare coursing is a serious and aggravating crime but victims of this crime are currently poorly served in obtaining justice.  Over the past year, thanks to the NFU and local Councillors, I have heard directly from residents in North East Bedfordshire who feel both threatened and powerless in confronting this crime.  This is replicated across much of the country.

Hare coursing is not a notifiable offence and many incidents are not reported.  Police powers to intervene, already difficult given location and times of day, are ill suited to the crime(s) taking place and too often the penalties are an insufficient deterrent.

In addition to the impact of this criminality, the dogs used in the chase are often exhausted and left for dead and hares are killed senselessly.  The government’s own Action Plan for Animal Welfare released last month, highlights the need for action.

A survey last month by the Yorkshire Agricultural Society confirmed the problems with many respondents reporting receiving threats, damage to property, experiencing livestock harm and having to invest considerable sums to deter vehicles from destroying crops.

Remedies in law are strewn across multiple, arcane pieces of legislation dating back to the 1800s such as the Night Poaching Act of 1828 and the Game Act of 1831.  My bill will remove these and become the defining law for the crime of hare coursing.

I will seek changes to give the police the tools they need to do the job – for example, as part of a prosecution, to recover and enforce the costs for kennelling of dogs seized from the offenders. It will also seek stronger guidance on sentencing and a higher limit for certain penalties will also form part of my Bill.

Over the coming weeks I will consult with local residents, our local NFU branch and Bedfordshire Police to get their thoughts on my proposals and then with national animal welfare and rural campaign groups for their advice on what I hope will prove to be an effective step in combating this crime.

You can watch Richard introducing his Bill here.