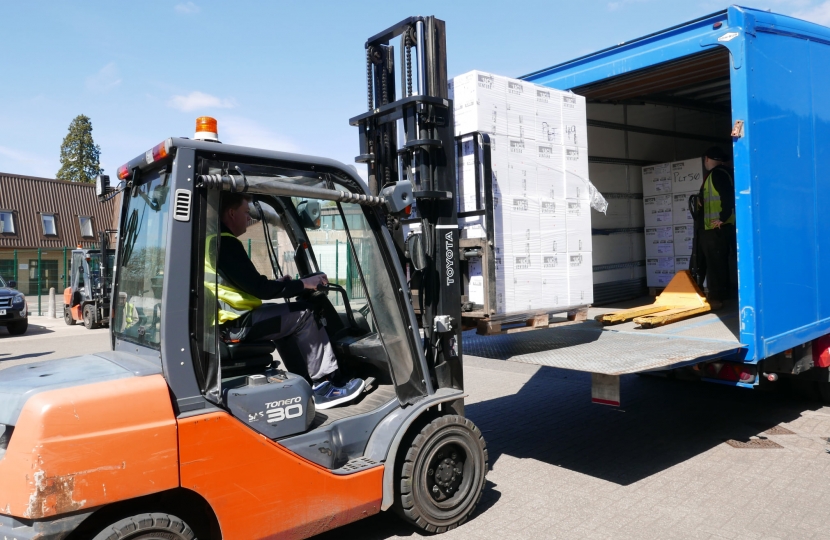 The government has announced that more than 600 pieces of lifesaving medical equipment is being sent to India to support the country in its fight against COVID-19,  standing side by side with our Indian friends in the global battle to defeat this virus.

The assistance package, funded by the Foreign, Commonwealth & Development Office, includes ventilators and oxygen concentrators from surplus stocks. It will be used by the Government of India to provide vital medical treatment to those suffering from COVID-19 in India. The Department of Health and Social Care has worked closely with the NHS, as well as suppliers and manufacturers in the UK, to identify reserve life-saving equipment that can be sent to India.

The situation in India in their battle against Covid-19 is deeply worrying, with the country reporting its highest numbers of new daily cases and deaths since the pandemic began and facing severe shortages of oxygen.

That is why the UK is sending shipments of over 600 oxygen concentrators and ventilators to India, with the first shipment arriving on Tuesday, providing vital medical treatment.

The fight against Covid-19 is a global effort and we will do everything we can to support the international community in this battle.

In total, nine airline container loads of supplies, including 495 oxygen concentrators, 120 non-invasive ventilators and 20 manual ventilators, will be sent to the country this week. This equipment will be crucial in helping to save the lives of the most vulnerable in India. The oxygen concentrators, for example, can extract oxygen from the air in the atmosphere so that it can be provided to patients, taking the strain off hospital oxygen systems and allowing oxygen to be provided in situations where hospital oxygen supplies have run out. The UK is working closely with the Government of India to identify further assistance it can provide in the coming days.