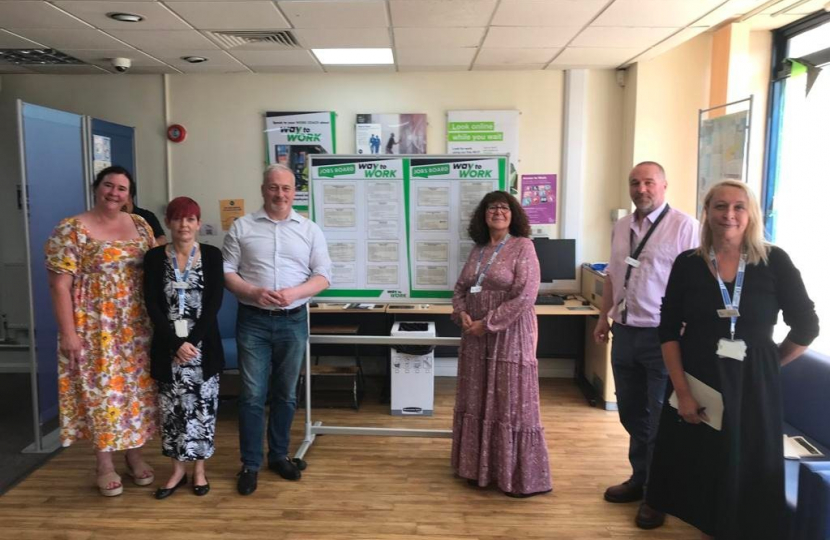 Earlier in June, Richard visited the Jobcentre in Biggleswade to hear about the work being done by their team to support local people through the Way to Work campaign, which is supporting half a million people into work as part of the Government's Plan for Jobs, along with other schemes to boost employment.

The ‘Way to Work’ campaign focuses on getting job-ready people off Universal Credit and into work, rapidly filling vacancies which are at a record high. Targeted predominantly at those in the intensive work search group on Universal Credit, Way to Work supports people back into work faster than ever before, filling vacancies more quickly.  To support people into work faster, those who are capable of work are expected to search more widely for available jobs from the fourth week of their claim, rather than from three months as is currently the case. This clearer focus ensures that, if people are not able to find work in their previous occupation or sector, they are expected to look for work in another sector and this is part of their requirements for receiving their benefit payment.

There was a very positive response from the leadership team and staff at the Jobcentre in Biggleswade to Way to Work.

When I last visited, the focus was on the Kickstart programme for getting young people into work after the Covid lockdowns. This has been a good success and recent focus has shifted to the Way to Work scheme: same focus on job counselling and support but now for all actively seeking work. Upbeat sentiment with vacancy rates rising and a reduction in those looking for work.