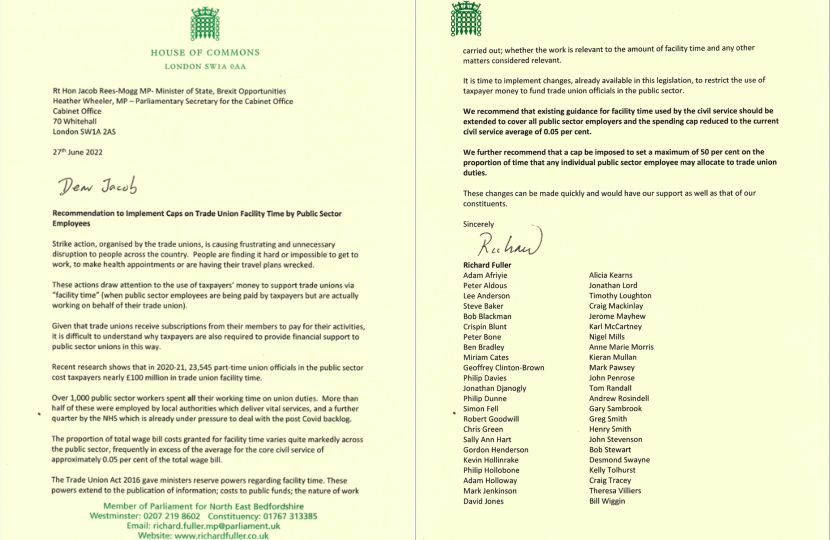 Richard Fuller MP has written a letter to the Cabinet Office, signed by over 40 Conservative MPs, asking the government to implement changes to restrict the use of taxpayer money to fund trade union officials in the public sector.

Recent research shows that in 2020-21, 23,545 part-time union officials in the public sector cost taxpayers nearly £100 million in trade union “facility time” (when public sector employees are being paid by taxpayers but are actually working on behalf of their trade union).

Trade unions have an important role in society but it is not right that there should be no limit on taxpayers’ having to fund time spent on trade union duties. This is costing taxpayers well over £100m a year so I have written to the Cabinet Office to ask for action to bring this under control.

Trade unions receive subscriptions from their members to pay for their activities so it is difficult to understand why taxpayers are also required to provide financial support to public sector unions in this way.

The full letter can be read here.