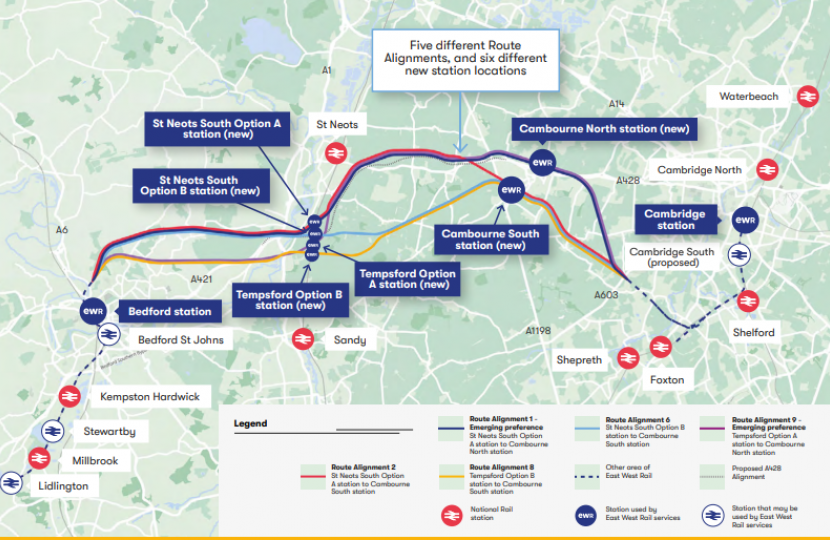 East West Rail (EWR) has launched a new consultation into the next stage of the project for the new rail link from Bedford to Cambridge.

As this new consultation begins, I am aware there are a range of questions for EWR from local residents and parishes that remain unanswered.  Many of these were raised by Local Councillors and the BFARe group, which has been coordinating the parish council response, at recent online meetings.  I raised this in a meeting with EWR on Tuesday and, pressing them for some response, I am assured that more answers will now be forthcoming.

As to the new consultation, it is clear that South Cambridgeshire District Council has been very active in listening to residents’ concerns and then making powerful representations to EWR that has resulted in new routes and multiple options being available to consider in Cambridgeshire. There appears to have been less creative thinking on the Bedford Borough side. Nevertheless, I would encourage all residents to take part in this new consultation phase to make their voice heard.

You can have your say in the consultation here, which closes on 9 June 2021.

Richard has previously facilitated a number of meetings for residents with Bedford Borough Council, East West Rail and the Rail Minister.